The East Troublesome fire started on October 14th, 2020 northeast of Kimmerling, Colorado in the Arapaho National Forest.  The cause of the fire is still being investigated, but this fire became the 2nd most damaging wildfire in Colorado history. The fire claimed a total of 192,457 acres.  Due to low humidity, high winds (the worst day had gusts up to 60 mph), and fallen trees due to beetle infestation, the fire grew 120,000 acres in one day. making it the most rapid-fire expansion in state history.

Arapaho National Park is still closed and they are currently in a recovery mode called the Emergency Stabilization-Burned Area Emergency Response (BAER).  This is where they will limit the run-off, soil erosion, and protect threatened species' environment.

The fire nearly made it to the eastern side of Estes Park and to the eastern suburbs of Grand Lake.  Two people died in the Troublesome fire that refused to evacuate.  The fire was brought under control due to a winter storm that hit the area, increasing moisture in the area, cold weather, and lower winds.  Winter conditions greatly slowed the fire and it was 72% contained by November 19th.  By Thanksgiving of last year, the fire was not a threat to any communities.  In the end, over 400 houses and structures were destroyed.

While in Colorado we drove up Co-125 and documented what it looks like now.   While walking around, I found a pile of ashes that looked nearly identical to the soil, except there was no strength to it and my foot sunk down into the hole they covered. 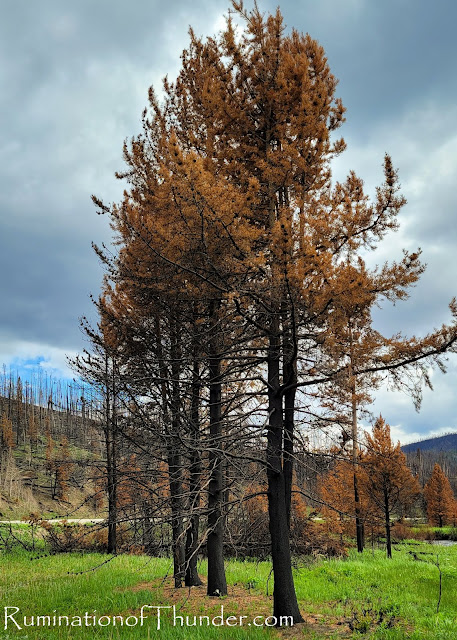 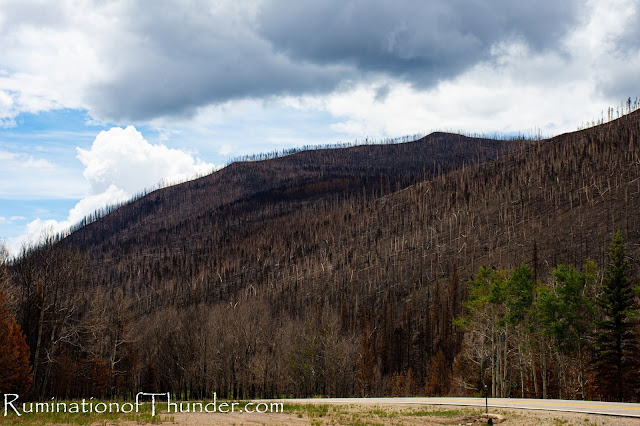 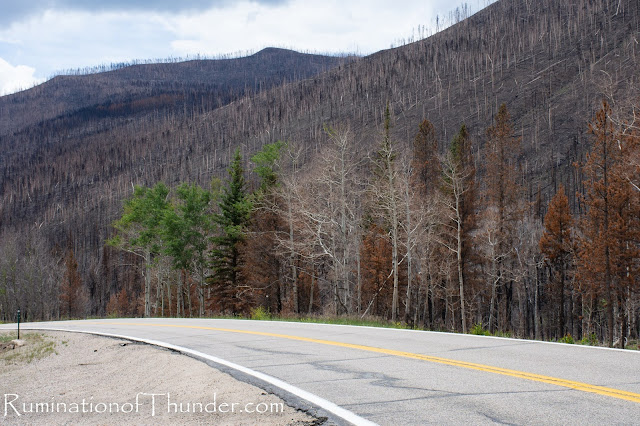 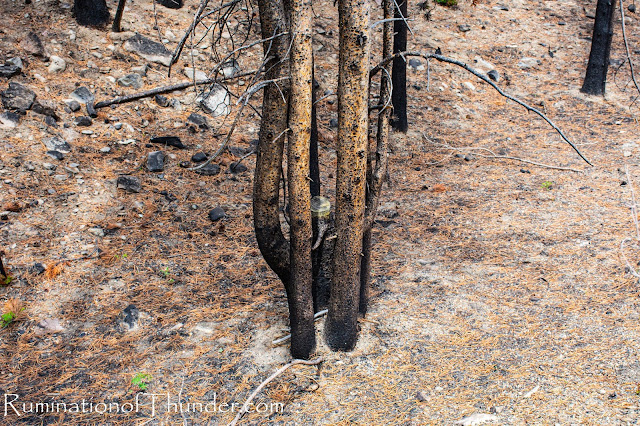 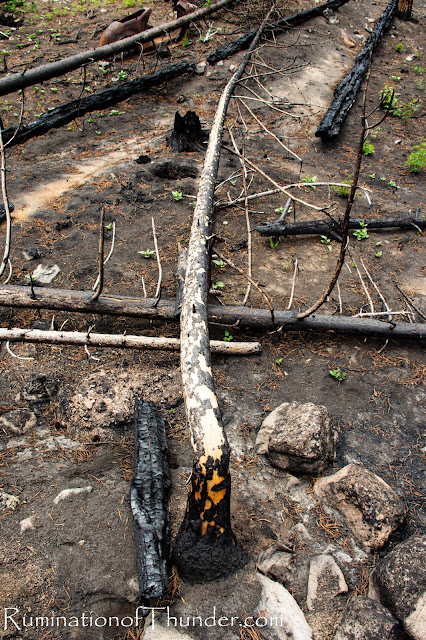 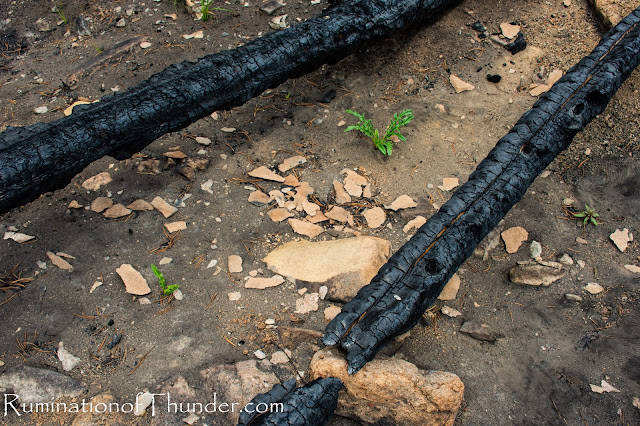 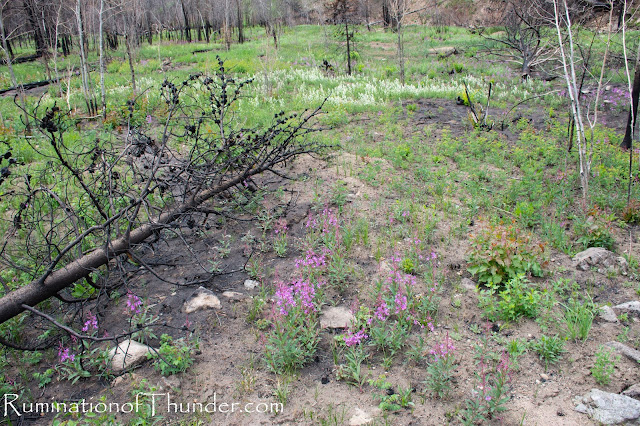 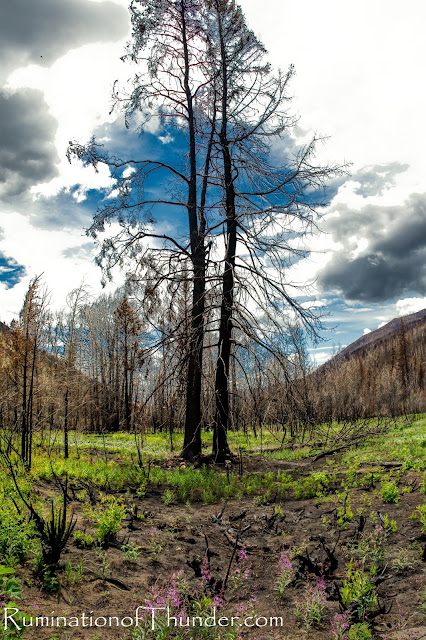 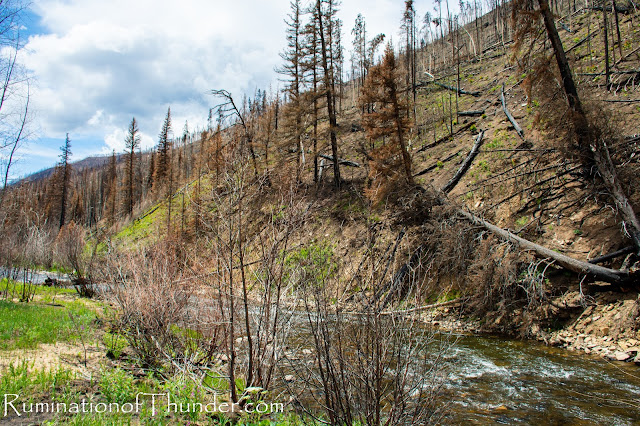 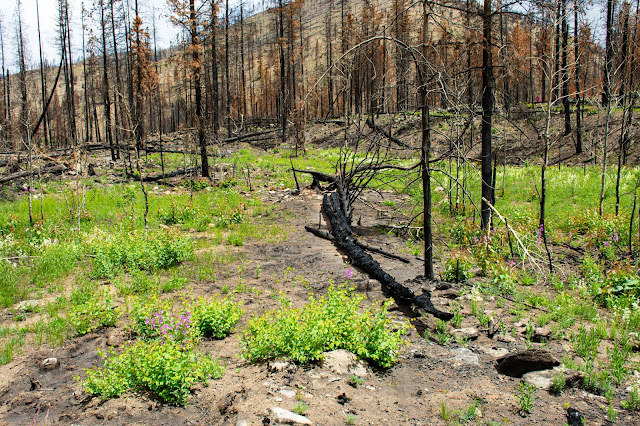 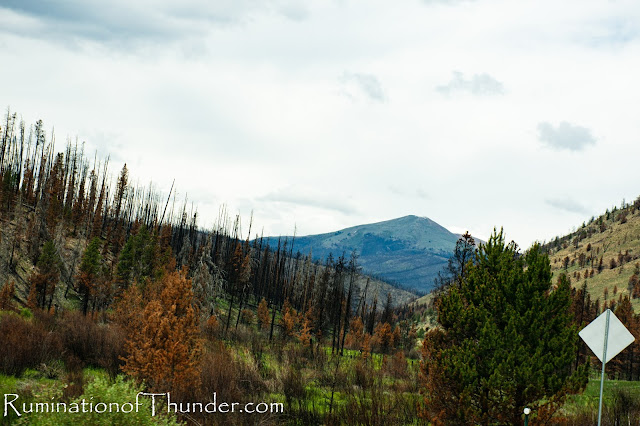 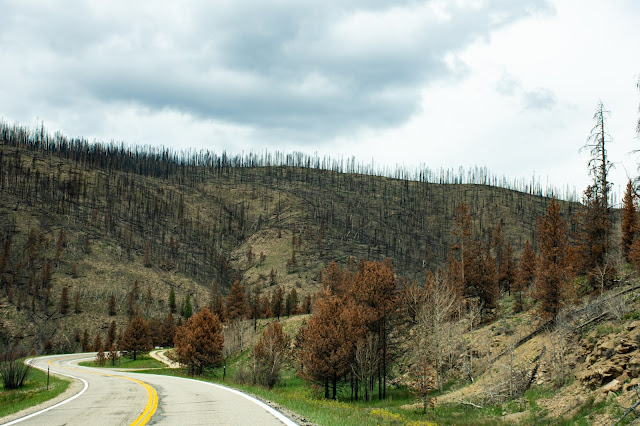 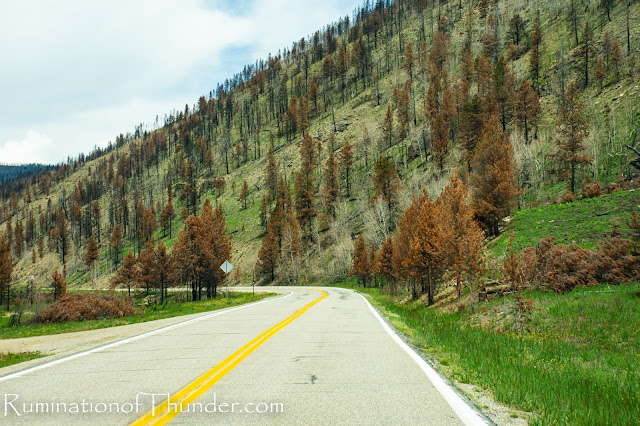 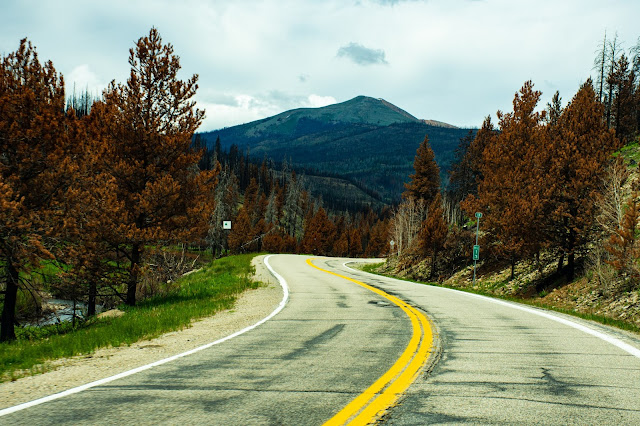 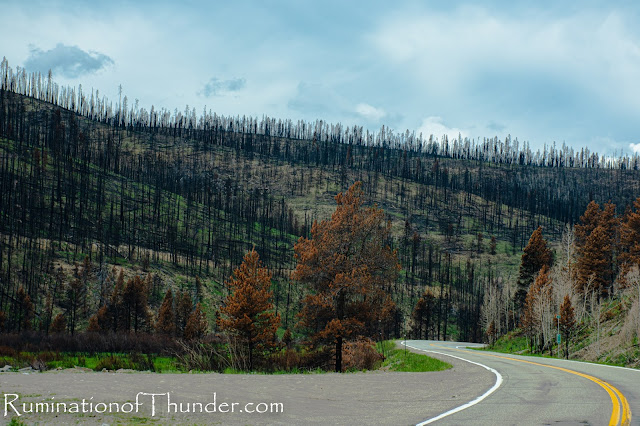 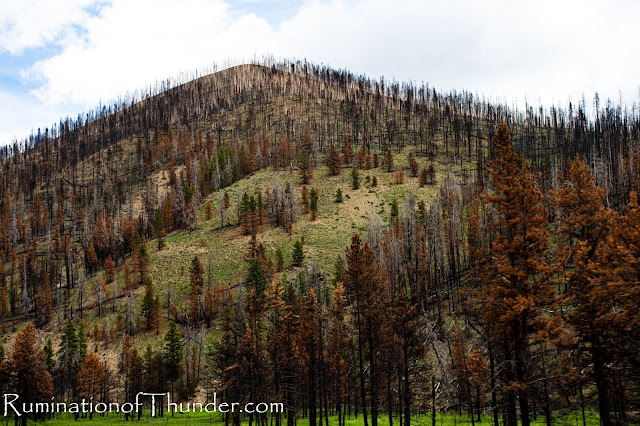 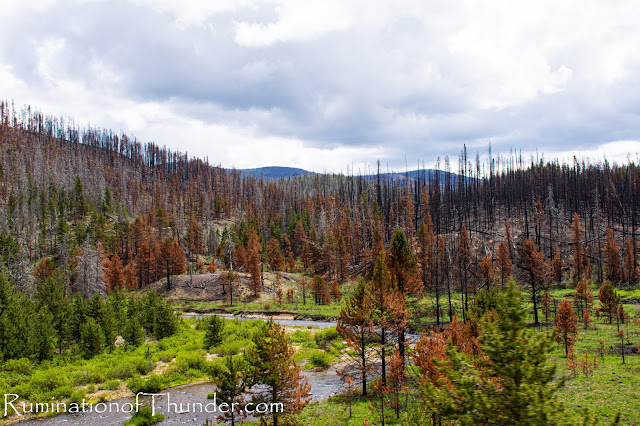 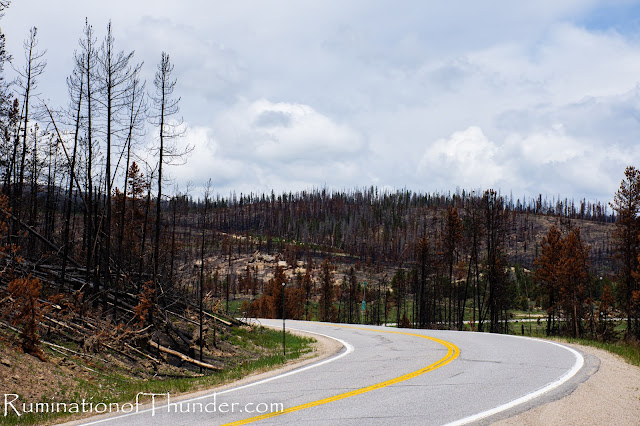 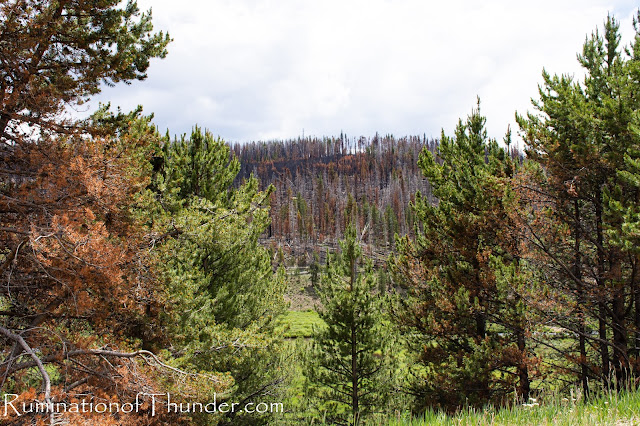 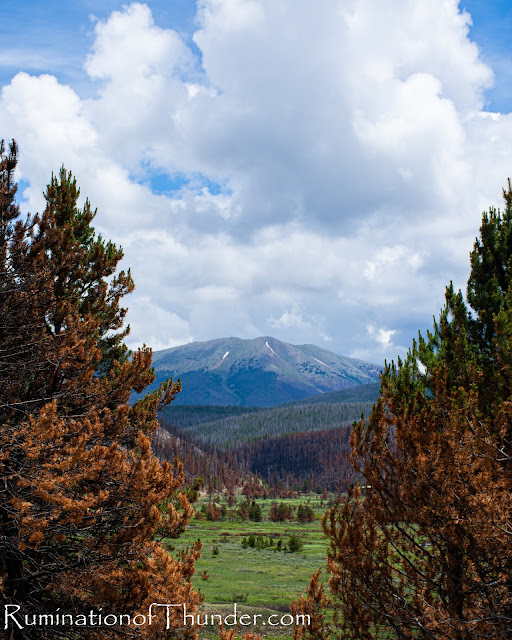 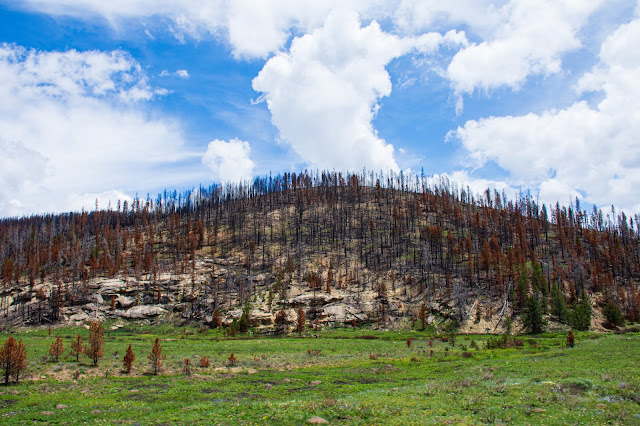 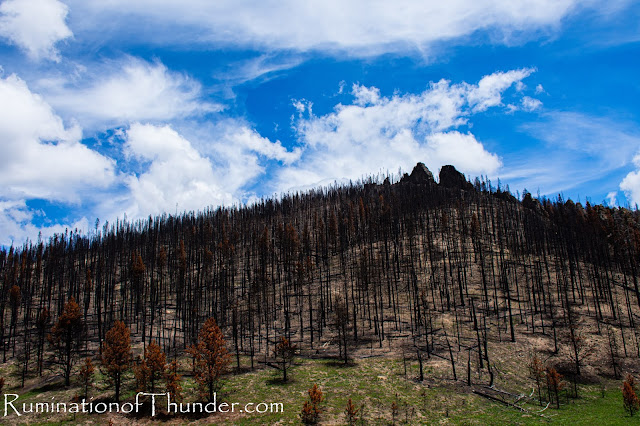 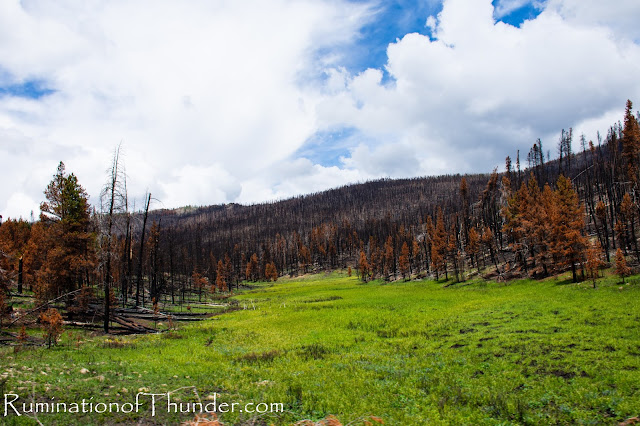